These are photographs of some of the many Christmas lights around Milton Keynes.

Christmas lights (also known as fairy lights, festive lights or string lights) are lights often used for decoration in celebration of Christmas, often on display throughout the Christmas season including Advent and Christmastide. The custom goes back to when Christmas trees were decorated with candles, which symbolised Christ being the light of the world. This custom was borrowed from pagan yule rituals that celebrate the return of the light of the sun as the days grow longer after solstice: the evergreen trees symbolising the renewal and continuance of life in dark times. The Christmas trees were brought by Christians into their homes in early modern Germany. 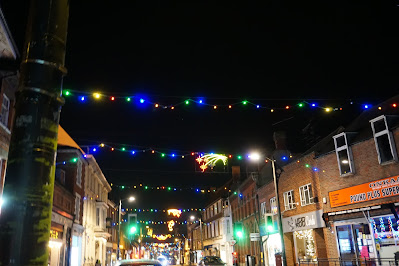 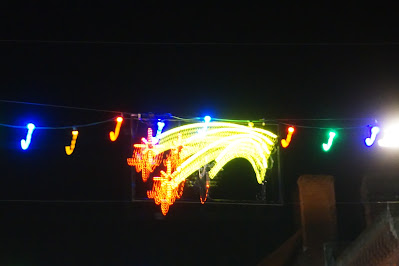 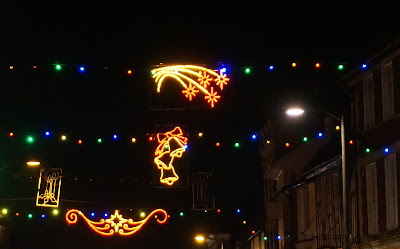 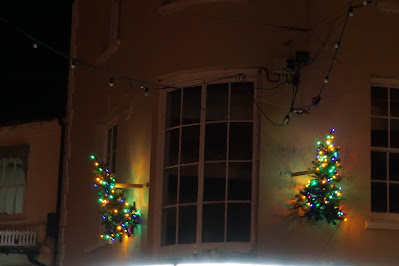 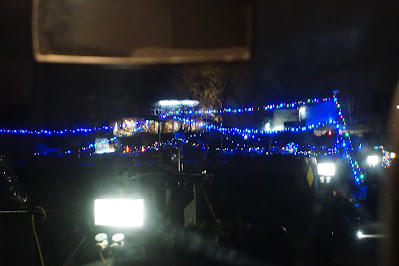 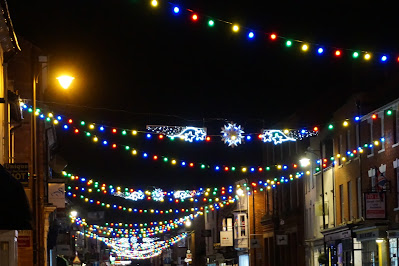 These are a couple of photographs of some more embroidery that I have done. One of a fish and another butterfly.

Embroidery is the method used for decorating fabrics with a needle and a thread. 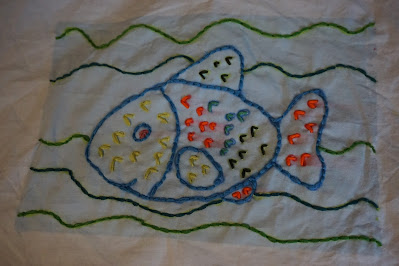 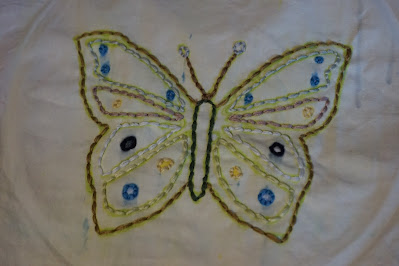 These are photographs of just some of the many Christmas decorations put up in the houses of Camphill Milton Keynes.

Christmas decorations can be of any of several types of ornamentation used at Christmastime and the greater holiday season. The traditional colours of Christmas are pine green (evergreen), snow white, and heart red. Blue, pink, and white are often used to represent winter, or sometimes Hanukkah, which occurs around the same time. Hanukkah is a Jewish festival commemorating the rededication of the Second Temple in Jerusalem at the time of the Maccabean Revolt against the Seleucid Empire. It is also known as the Festival of Lights. Gold and silver colours are also very common, as are other metallic  colours. Typical images on Christmas decorations include Baby Jesus, Father Christmas, Santa Claus and the star of Bethlehem. 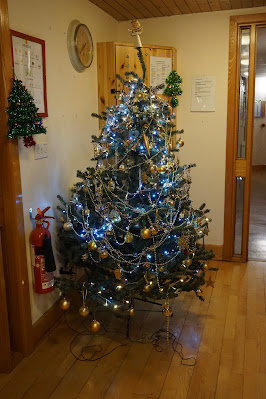 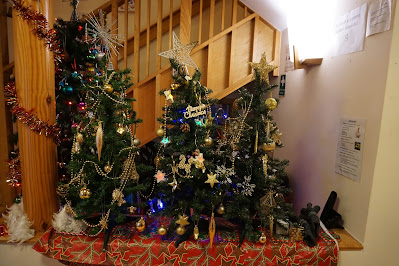 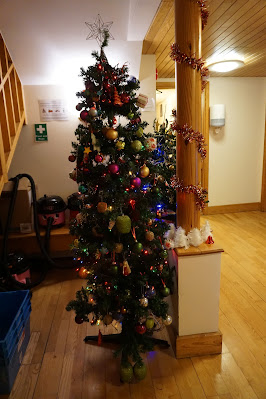 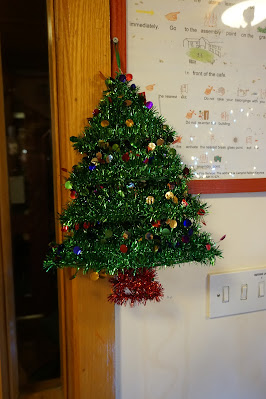 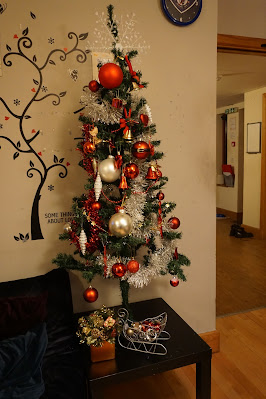 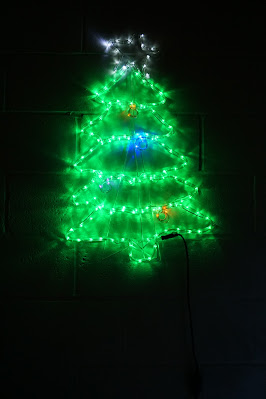 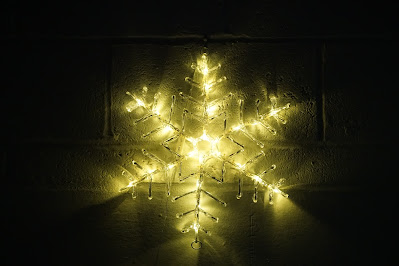 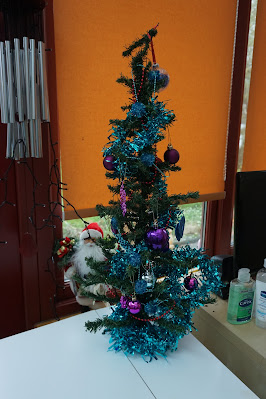 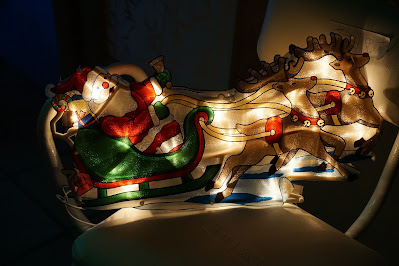 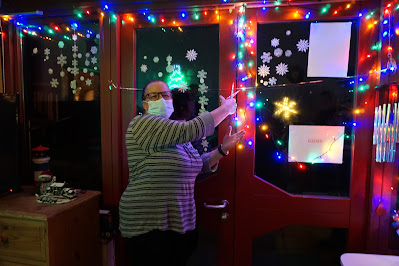