Talk Back is a group that meets fortnightly in the residents social room in Camphill Milton Keynes.
Last year the group did courses.
The Talk Back group is where we talk about things like how we feel. We have a set of group rules. We have projects and training. Everybody is made to feel at ease. And we have fun.
﻿﻿﻿
﻿﻿
﻿ ﻿ ﻿﻿
﻿ ﻿
Alex Fox﻿﻿﻿﻿﻿﻿﻿﻿﻿﻿﻿﻿﻿﻿﻿
Posted by Camphill Community Milton Keynes at 06:39 No comments:

At Camphill Milton Keynes, residents have the chance to go to evening classes. The subjects available are drama, cooking and craft. I have chosen to go to craft and this takes place at Stantonbury Campus in Milton Keynes.
﻿﻿﻿﻿﻿﻿﻿﻿﻿﻿ 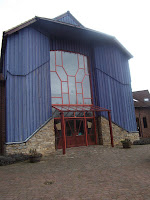 Every Thursday a group of residents at Camphill Milton Keynes take part in a drama group in its own theatre called The Chrysalis.

The photograph on the left shows the front entrance.

The plays that the residents have performed so far are Sherlock Holmes and the missing letters, A Christmas Carol and Alice in Wonderland.

The play that we are working on at the monent is a pantomine version of Robin Hood which is being directed by Teo Gwynnes-Evans and was written by Mike Goodwin and the cast.

Here are some photographs of the activities residents undertook at Camphill Milton Keynes after Christmas. 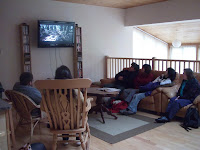 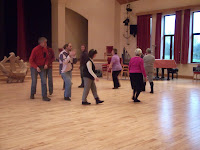 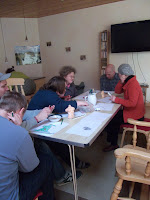 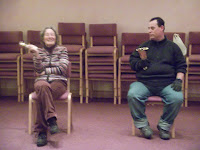 The groups that took place were fantasy films, drawing, folk dancing and bell ringing. The activities were from January 5th to the 7th.
Alex Fox
Posted by Camphill Community Milton Keynes at 10:35 No comments: