On Saturday 9th November, there was a handmade craft, art and food fair held at Camphill Milton Keynes.  A lot of it was held in the Chrysalis Theatre. There was a Christmas Market. Also there were arts and craft stalls, seasonal food for sale, games and a raffle and guests from other charities. There was a festive atmosphere. In the Cafe, there was an art exhibition with paintings and Christmas cards produced by local artists from Milton Keynes. 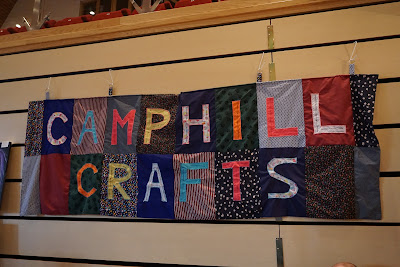 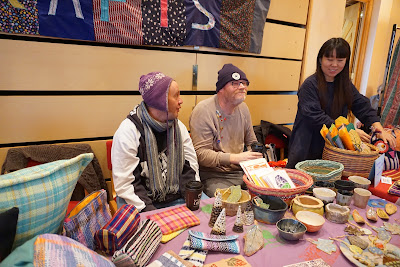 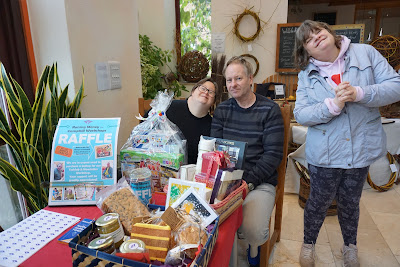 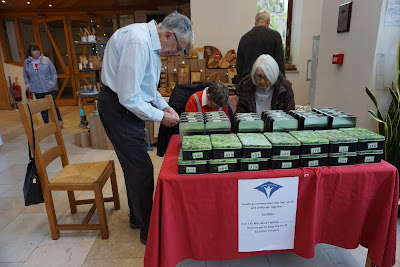 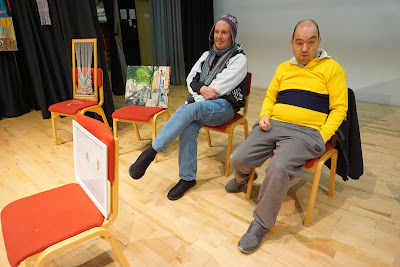 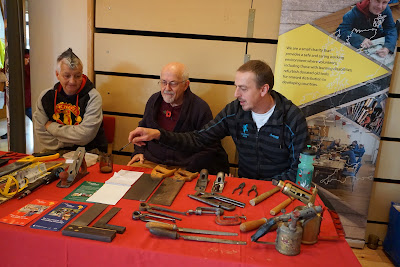 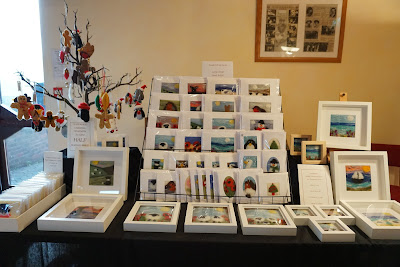 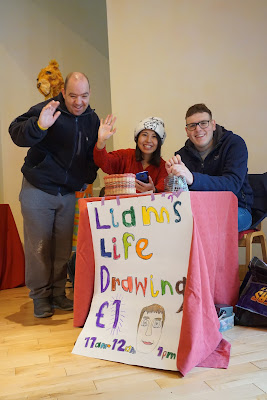 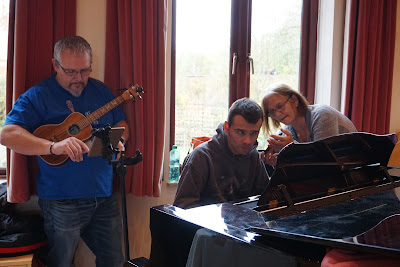 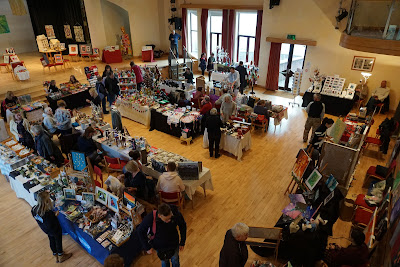 The easy answer to this question is that no one really knows the origins of Halloween.
What we do know for sure is that Halloween is on the eve of a major Catholic festival, All Saints (1st November) and the eve of the pagan Celtic festival known as Samhain.
The three days between 31st October and 2nd November see pagan and Christian celebrations intertwined in a fascinating way and is a perfect example of superstition struggling with religious belief.
Currently, it is widely thought that Halloween originated as a pagan Celtic festival of the dead related to the Irish and Scottish Samhain, but there is no evidence that it was connected with the dead in pre-Christian times. 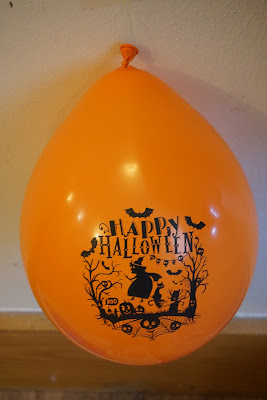 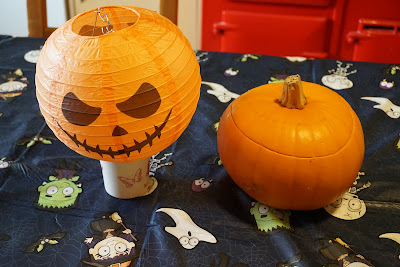 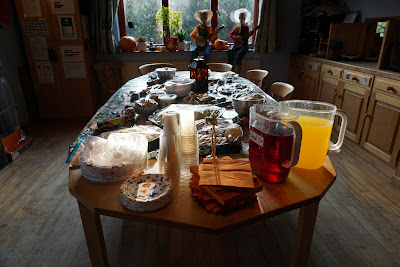 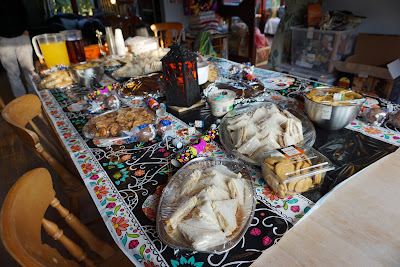 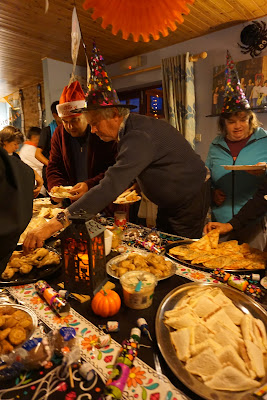 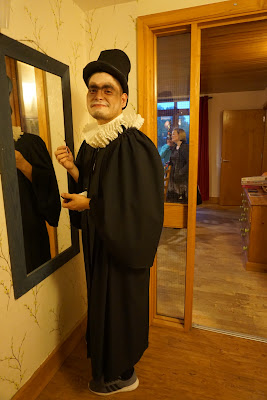 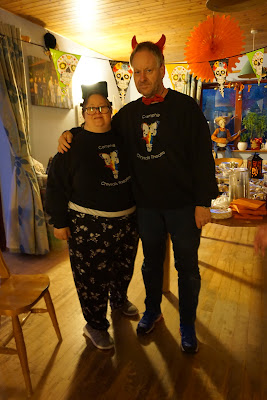 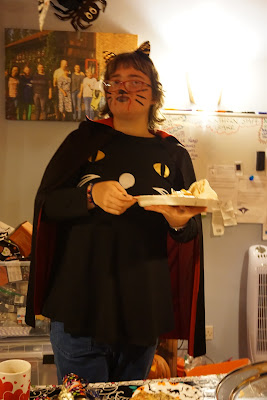 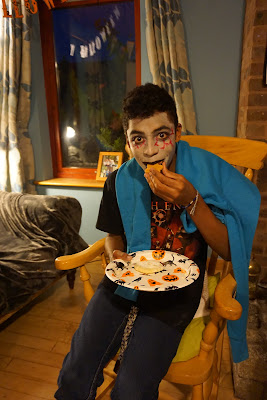 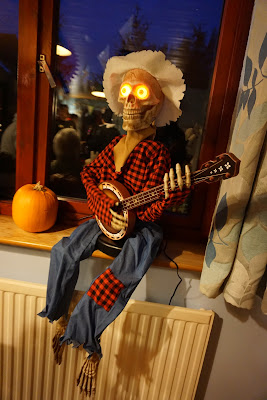 These are photographs of residents of Camphill Milton Keynes going on an Alpaca Trek. We did this at a place called Holly Hagg Community Farm in Sheffield.

Alpacas are members of the camelid family. The camels that most people are familiar with are the ones with humps; the dromedary of Northern Africa, the Middle East, and Southern Asia, and the Bactrian camel of China and Tibet. However, there are four other camelids (without humps) that are indigenous to South America: two of them, llamas and alpacas, have been domesticated for thousands of years; whereas the other two varieties, guanacos and vicunas, continue to roam in wild herds today.
The alpaca comes in two breed-types: huacaya (pronounced wah‑KI‑ah) and suri (SOO‑ree). Huacayas, the more common type, account for about 90% of all alpacas, and have fluffy, crimpy fleece that gives the animals a teddy bear-like appearance. Suris, on the other hand, grow silky, lustrous fleece that drapes gracefully in beautiful pencil-locks.
https://hollyhagg.org.uk/ 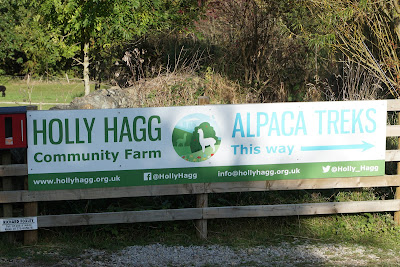 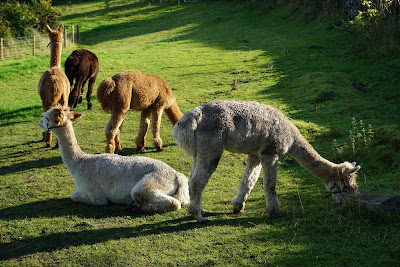 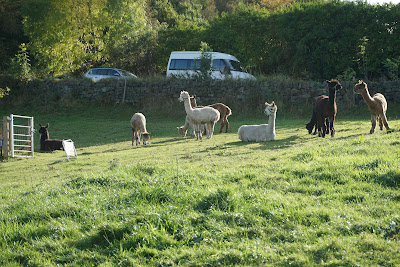 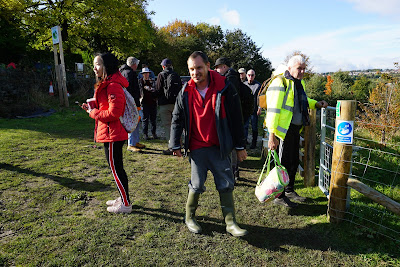 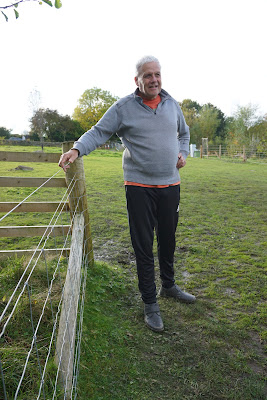 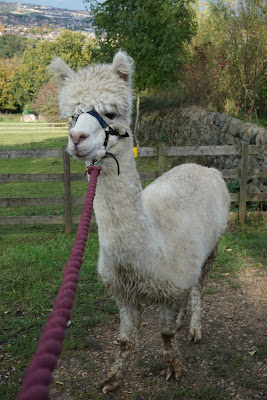 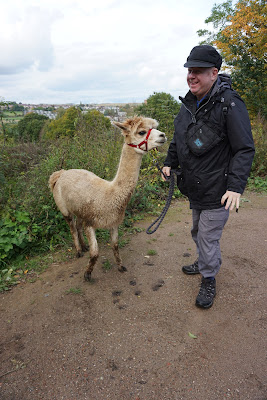 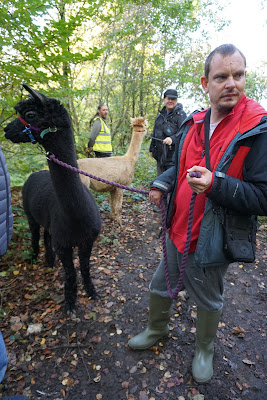 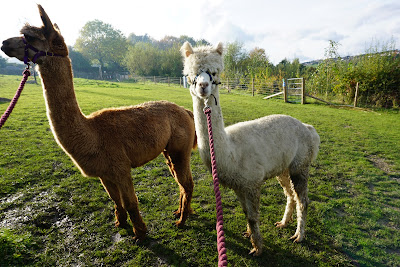 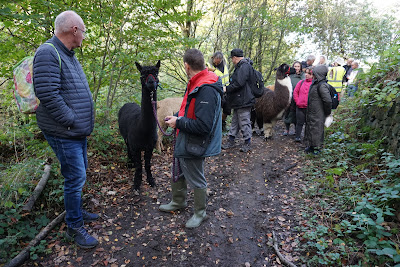