Happy Birthday to Mark Skinner who is 70 today on Wednesday 30th April. He lives in Willowwood House in Camphill Milton Keynes.


The Confirmed Line up who were people who work in politics, and they were:


Presenter David Pibworth who is the director of Milton Keynes Theatre of Comedy.


Sean McDermott Member of the Public


Before the show started, the audience had the chance to write any questions they had down on a piece of paper to put into a box for the panel to read out and to answer.
There were many question including ones about how the local bus service is run and how student university places are funded.

For the Love of Seven Dolls 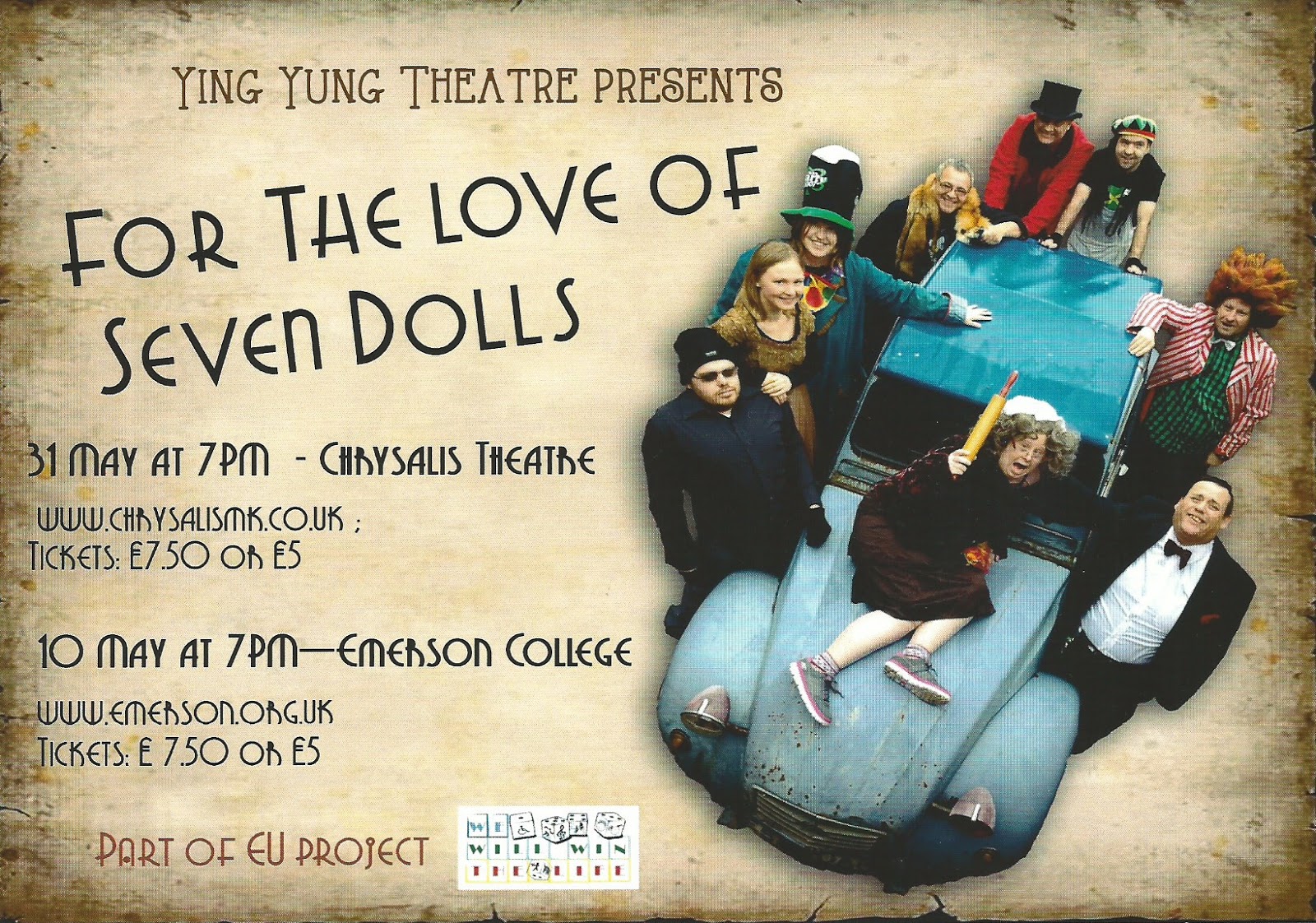 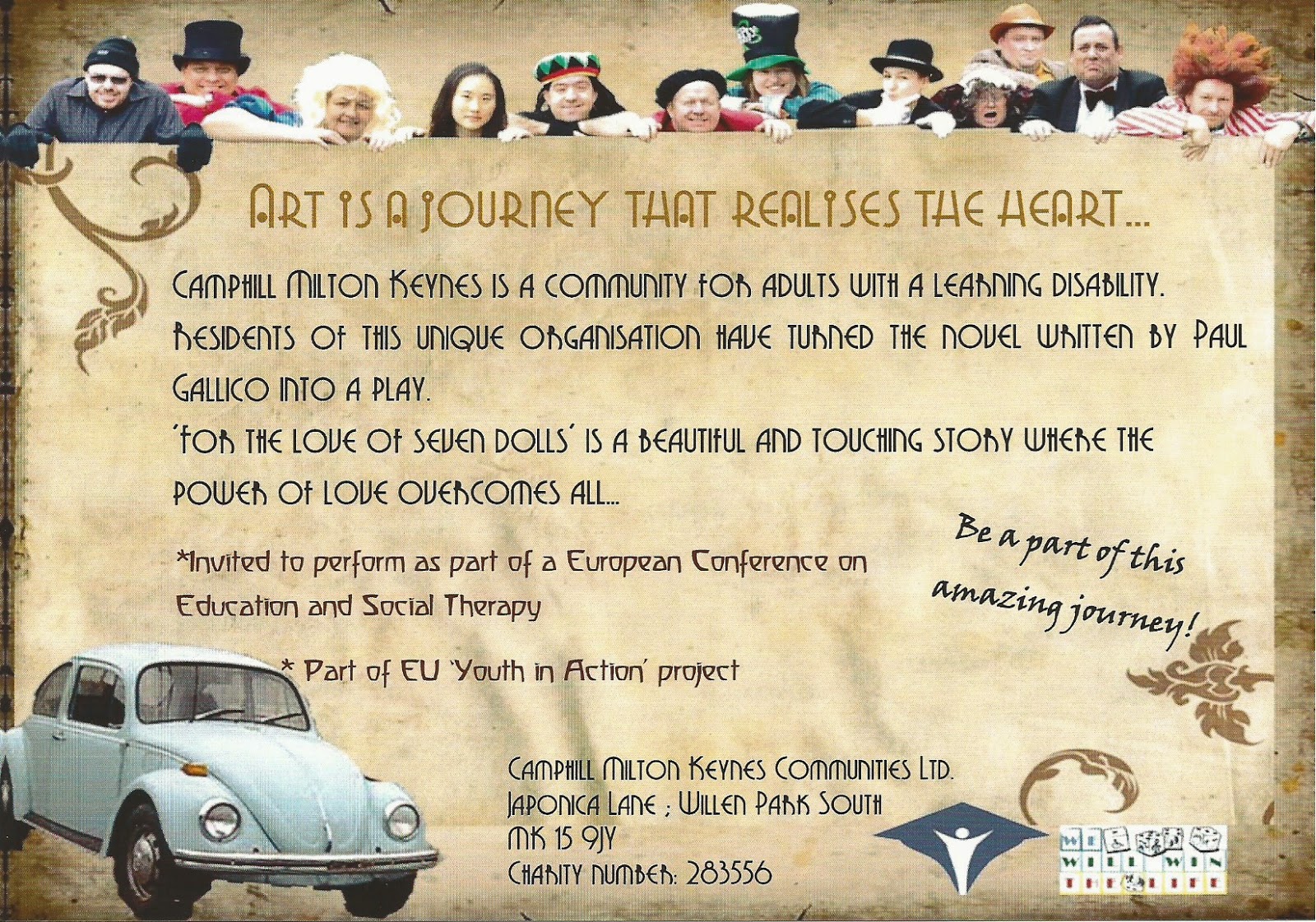 Posted by Camphill Community Milton Keynes at 04:47 No comments:

Another Month and another guest shared their top 5 films to have with them on a Desert Island on 27th March at the Chrysalis Theatre in Camphill Milton Keynes.  This time the guest was friend of The Chrysalis Theatre Mary Cooper who we are grateful organises all of the many trips Lovet Fields Retirement village take to come to our productions here at the Chrysalis Theatre.
This month the film shown was the Kings Speech which is a 2010 British historical drama film directed by Tom Hooper and written by David Seidler. Colin Firth plays King George VI who, to cope with a stammer, sees Lionel Logue, an Australian speech and language therapist played by Geoffrey Rush.


By popular demand, Milton Keynes Theatre of Comedy revisited Torquay’s most infamous hotel to witness the unique customer service skills of Basil Fawlty and his staff in the Chrysalis Theatre in Camphill Milton Keynes from 17th to the 22nd March.
There were three episodes and they were: The Builders, The Anniversary and Gourmet Night.

The Builders: Basil and Sybil go out for a day leaving Polly and Manuel in charge while some refurbishment is carried out, but penny-pinching as ever, Basil has employed the dubious talents of cowboy builder Mr O’Reilly and his gang. Can Basil remedy the situation before Sybil finds out?

The Anniversary: Basil invites some friends for a surprise wedding anniversary party, but Sybil assumes he has forgotten their Anniversary and storms off, leaving her husband and Polly, in disguise, desperately trying to convince the others that Sybil is ill…

Gourmet night: In an effort to climb another rung in the social ladder, Basil arranges a gourmet night with no ‘riff-raff’. Unfortunately a combination of a drunken chef and a faulty car leads Basil ever closer to a nervous breakdown…

These episodes were written by John Cleese and Connie Booth with the arrangement with Samuel French. 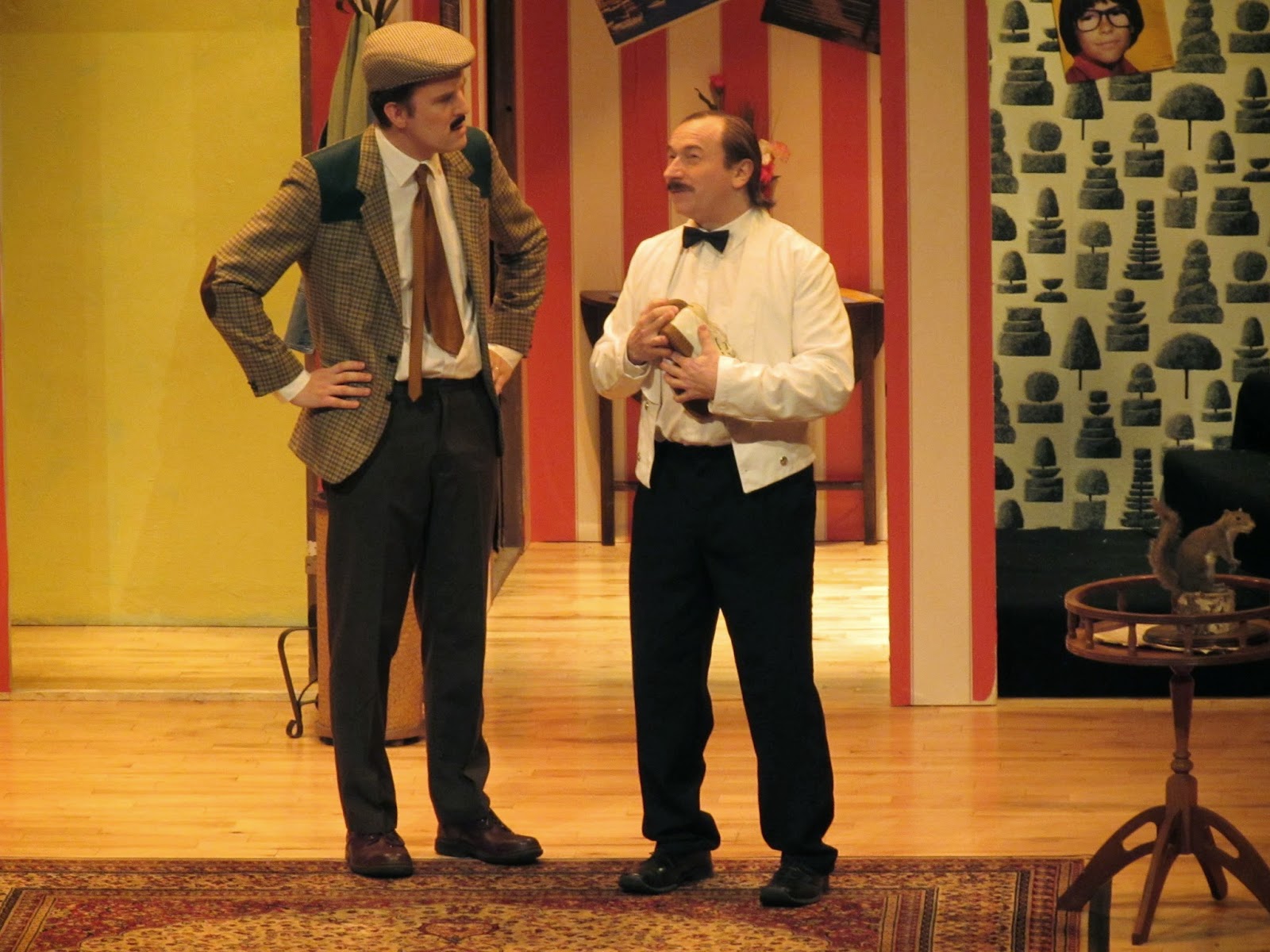 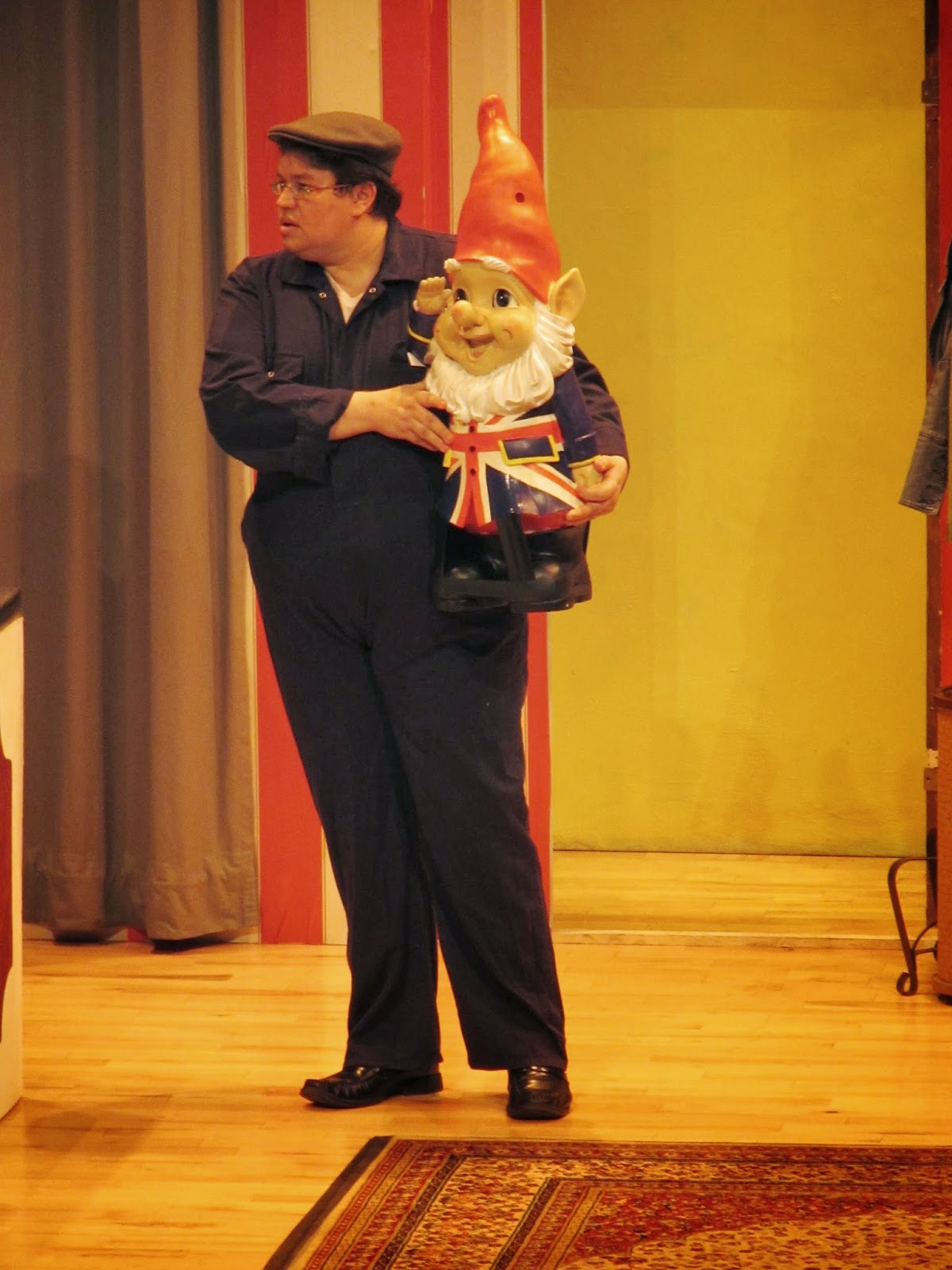 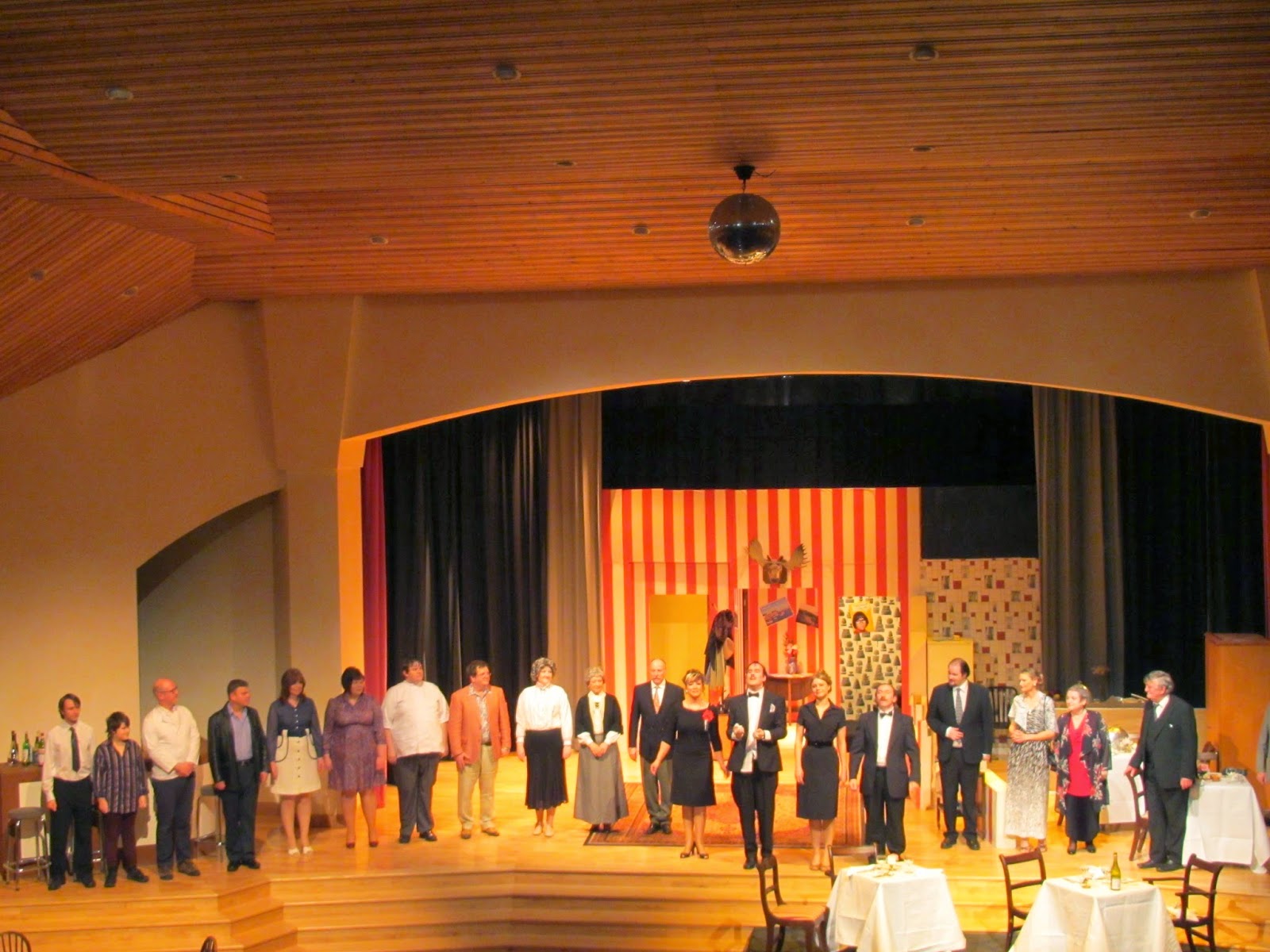