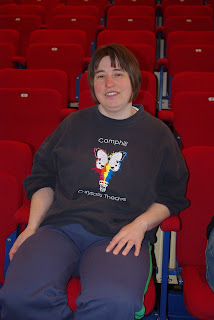 How long have you lived in the community?
Not sure

What house do you live in?
Appleyard

What workshops do you do? (which one do you like most)?
Nursery, Advocacy, Theatre, House. The best is cooking and nursery.

What activities do you do (like evening class or painting)?
Evening class - cooking
Sometimes painting and also swimming.

What responsibilities do you have in your house?
Help cooking; cleaning. Sometimes breakfast making and locking up. And kitchen night.

What do you do at the weekends?
Cinema, outing, relaxing, sometimes visit my family. Sometimes concert, theatre.

Would you like to share anything else with this blog?
I am learning things in the Training house: numeracy, Literacy, numbers, tell the time, house to use the house equipment on my own, cook simple meals and how to do Goulash (for the future).

Oh April 6th and 7th performing Arts Students from Milton Keynes College performed 'Fame The Musical' at the Chrysalis Theatre. The Music was by Steven Margoshes. And the lyrics were by Jacques Levy. The book was written by Jose Fernandez and Fame is based on a concept by David DeSilva.
Some of the actors who performed are Adam Bosworth, Ruby Lewis, George Mott, Cece Carroll, Pete Rattcliff, AJ Lansdowne and Kim Hook, Stefan Scippo, Hazel Naghi, Terry Braund, Charlotte Elliott, Stephanie Gowing, Max Pollard and Alex Sheppard.
There was also an ensemble and the people in that were Natalie King, Carla Phillips, Leah Sparks, Charlotte Saker, Chloe King, Marty Freeman, Corinne Vanderpuye, Danielle Drewitt, Alex Lee, Aimee Shettle, Megan Tweed and Jodie Robinson. 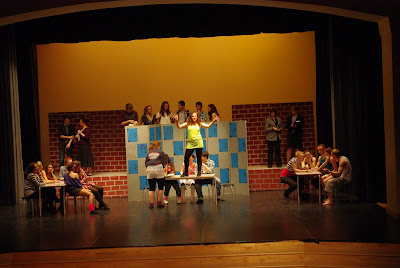 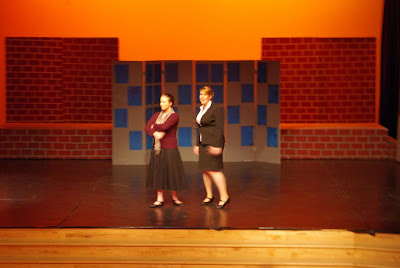 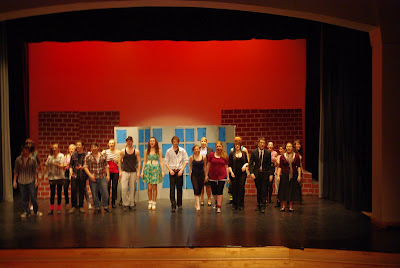 Residents who have been involved in training in the TechLab now have certificates to show that they have done some training on the laptops provided. To receive the certificates residents had to show the rest of the class a presentation they produced using Microsoft PowerPoint. The presentation had to be all about ourselves and have at least 8 slides. Not only did we receive a certificate but we also got a printed portfolio of all the work we did and a memory stick.
﻿﻿﻿﻿﻿
﻿﻿﻿ ﻿﻿﻿
﻿﻿﻿﻿﻿ Alex Fox
Posted by Camphill Community Milton Keynes at 23:08 No comments:

﻿﻿
﻿﻿ The advocacy group meets fortnightly in the social room at Camphill Milton Keynes.In the past we have talked about food and drink, self-advocacy, about health and about Doctors. We have also talked about housing, exercise, friends and relationships and also about holidays and money. We are currently planning a meal for the whole community. Tanya is the group leader.
﻿﻿﻿﻿
﻿﻿﻿﻿