The Art Group of our community meets on Sundays from 3pm until 5pm in the residents social room.
The person leading and helping with this is Annabelle and she is an Art Teacher who normally teaches in a school, but comes here to share her talent and skills.
The group has done printmaking, drawings, mobile art and dribble paintings. Anthony, one of the residents who goes to the art group, says that it keeps him occupied. Personally I think this is very creative and fun. The people who have attended the group are, Duygu, a co-worker who helps us and Anthony, Thomas, Leigh D., Fiona and Barbara as well as myself.

Posted by Camphill Community Milton Keynes at 00:35 No comments:

This production was about the trials and tribulations of an amateur writing  group.Six aspiring authors, members of the Pendon Writers Circle, struggling to achieve literary success, gather at their last meeting before Christmas to review their progress, or rather their combined lack of it.
In an attempt to get the group out of its literary rut, the chairperson suggests that pooling their resources into a collaborative effort might be a way forward, which is received without enthusiasm.
But then,   a clap of thunder, the lights go out, and strange things begin to happen. The things that the group had written begin to unravel themselves and are acted around him. 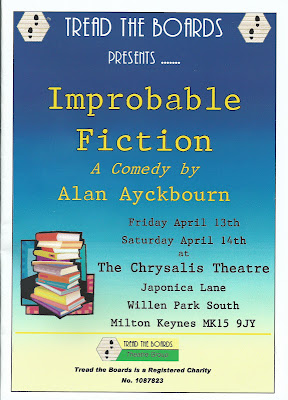 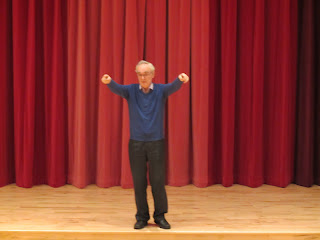 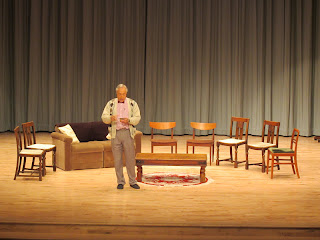 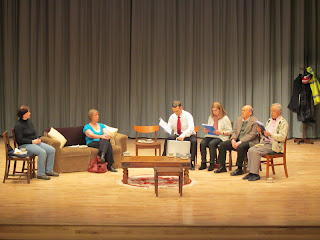 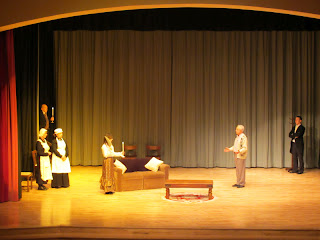 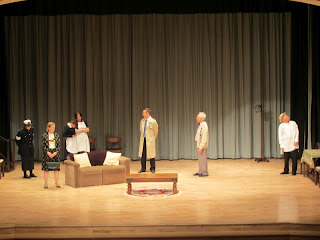 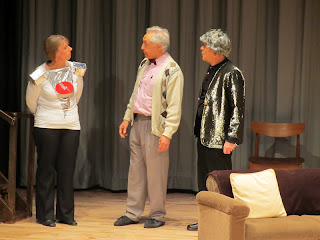 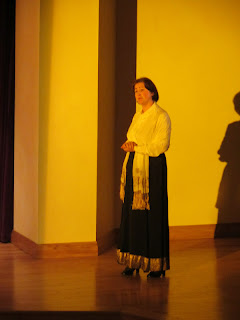 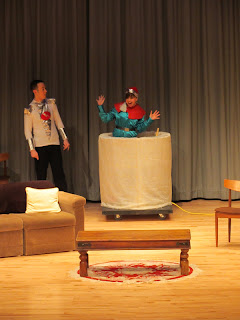 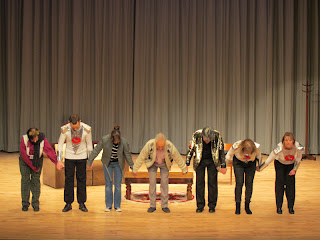 The tools workshop (Tools for Self Reliance Milton Keynes) is in Pennyland. It is run by somebody called called Steve Brewer. People in the tools workshop refurbish old tools like saws and hammers and then send them to groups in developing countries like Tanzania or Uganda were they can be re-used. They use wire brushes to remove rust from the metals bits like on the end of hammers and sand paper to clean up the handles. Not only does the work shop send individual tools, it sends entire kits out full of tools to companies that do things like carpentry or bicycle repairs.

The volunteers who go to the tools workshop are mainly residents with co-workers although a few people from outside the community also go.
It's website address is http://tfsr-mk.org.uk/ although you can also find this on the right hand side of this blog.
Alex Fox
Posted by Camphill Community Milton Keynes at 00:11 No comments:

Here are some photos of residents and co-workers having an Easter celebration breakfast in the Chrysalis Theatre at Camphill Milton Keynes.
On Easter Sunday, Christians celebrate the resurrection of the Lord, Jesus Christ. It is typically the most well-attended Sunday service of the year for Christian churches.
Christians believe according to Scripture, that Jesus came back to life, or was raised from the dead, three days after his death on the cross. As part of the Easter season, the death of Jesus Christ by crucifixion, is commemorated on Good Friday, always the Friday just before Easter. Through his death, burial and resurrection, Jesus paid the penalty for sin, thus purchasing for all who believe in him, eternal life in Christ Jesus.

Residents and co-workers presented a play in the Chrysalis Theatre at Camphill Milton Keynes on Thursday 5th April as an Easter celebration about Percival, who wants to become one of King Arthur's Grail Knights of the Round Table. Percival was raised in the forest by his mother. He discovers the ways of the world - he discovers knights, and kings, tastes the pleasures of love and the pain of combat.King Arthur is a legendary British leader of the late 5th and early 6th centuries, who, according to Medieval histories and romances, led the defence of Britain against Saxon invaders in the early 6th century.
Alex Fox
Posted by Camphill Community Milton Keynes at 01:37 No comments:

Happy Birthday to Steven Mundi who was 43 on Tuesday 3rd April. He lives in Willowwood House in Camphill Milton Keynes. We had a meal out at Tiapan, an Oriental restaurant in Milton Keynes city centre.
Alex Fox
Posted by Camphill Community Milton Keynes at 23:54 1 comment: