A hot cross bun is a spiced sweet bun usually made with fruit, marked with a cross on the top, and traditionally eaten on Good Friday in the United Kingdom; Ireland; Australia; India; New Zealand; South Africa; and some parts of the Americas, including Canada and the United States.

The bun marks the end of Lent and different parts of the hot cross bun have a certain meaning, including the cross representing the crucifixion of Jesus, and the spices inside signifying the spices used to embalm him at his burial.

They are now available all year round in some places. Hot cross buns may go on sale in the United Kingdom, Australia and New Zealand even as early as New Year's Day or after Christmas.

In many historically Christian countries, plain buns made without dairy products (forbidden in Lent until Palm Sunday) are traditionally eaten hot or toasted after midday Good Friday. 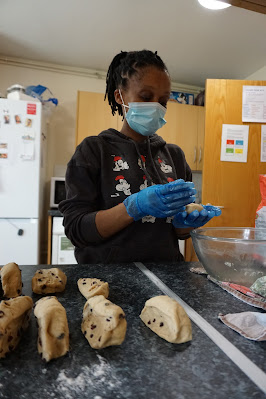 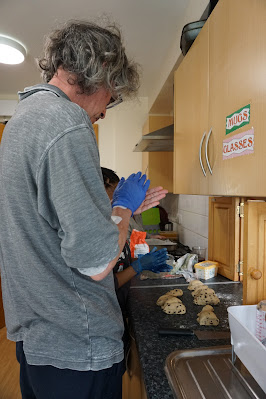 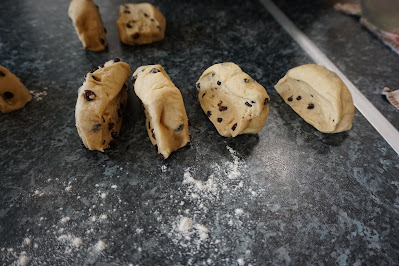 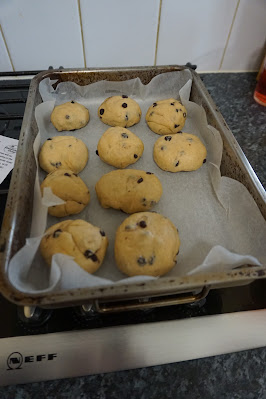 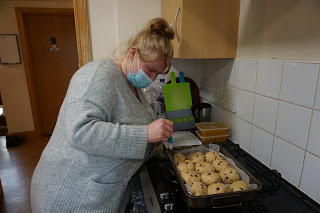 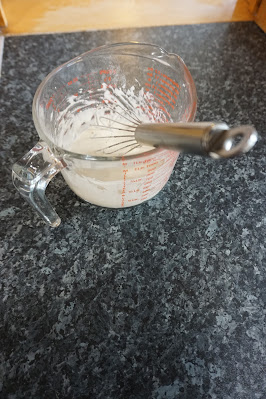 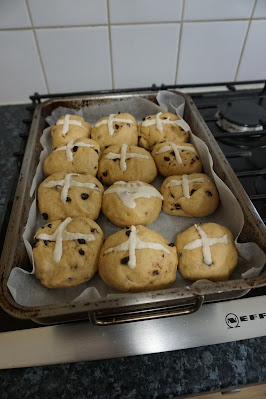 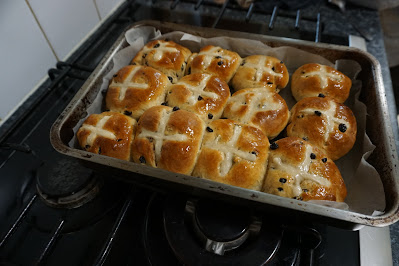